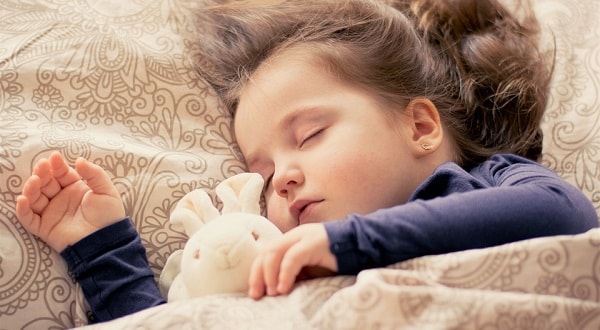 This is a beautiful bedtime story for your daughter. It is about a father who loves his daughter alot. Father is the king and her daughter is Princess Sarah. The story revolves around a castle and it’s mysteries as well as Sarah and her father, the King. It will keep your daughter engaged and bring her a beautiful sleep.

Daughter Name: Princess Sarah (change it with your daughter’s name)

Listen to the story online:

Princess Sarah and Her Loving Father

Sarah always dreamt she was a Princess. Her dream seemed real, and so even during the day she could believe she lived in a castle.

The castle was big, but not too big. The servants loved her and always helped her plan games and find hiding places. Her father the King loved her very much so he let her play any game she wanted.

Naturally the castle had secret rooms and secret tunnels and Sarah loved using these. She was the only one who knew about these places so when she went there, no one could find her.

Sometimes she invited friends from school back to play and if they played hide and seek, no one ever found her. But these passages were useful when the King, her father, had his friends visit, because they often brought their children. Sarah didn’t often like these children but she was told she had to play with them.

When this happened Sarah would suggest they play hide and seek and she would escape to one of the secret rooms. When she knew they were coming she planned her escape before they arrived. Sarah hid her favorite book in a secret room, as well as a piece of chocolate cake and a glass of milk that Mary, the cook, would prepare for her.

Then she would sit in the room in peace and read her book for ages. Sarah knew these visits lasted two or three hours, and Mary also helped her set an alarm clock to ring after one hour. When the alarm went off, Sarah would come out and say she was bored hiding and wanted to play a different game. That way she didn’t have to play with the other children for too long.

Another place Sarah enjoyed visiting was the secret garden at the back of the castle. This was hidden behind high stone walls and had a wooden door which was almost hidden behind ivy. Mary had told her the garden contained something called herbs, which were used for cooking. Mary often went to the garden to collect things for dinner and Sarah helped her. She learnt the names of the plants and bushes and knew what each smelt like. Her favourite was Rosemary. This was a big, round bush with purple or blue flowers, (Mary called them blue, but Sarah thought they were purple), and when she touched it the bush perfumed the air. The only problem was that it left her hands slightly sticky. But this was easy to get rid of because there was a sink and a tap in the secret garden too. Sarah would run her hands over the Rosemary bush, then simply wash her hands. Sarah’s other favorite was Basil. This too made a lovely smell when she touched it, and it didn’t make her hands sticky. Mary told her the mint bush was a sister to Basil, but Sarah thought this was a joke because they were so different. She could eat the mint leaves right from the bush and if she put a few in her mouth and chewed, it tasted like chewing gum. Sarah’s father didn’t really like her eating chewing gum, so she chewed these leaves then spat them out when they had no more flavor.

Sarah had a big room for her toys on the top floor and when she wasn’t hiding in one of the secret places, she would spend hours there playing. She had lots of dolls and best of all a big wooden rocking horse. Sarah would ride Champion, (that was what she called the horse), for a long time and pretend she was a cowgirl, riding over the plains and herding cattle. She crossed rivers, climbed mountains and ate dinner sitting on the ground with a camp fire to keep her warm.

When anything bad happened, like the time she fell off the swing and broke her arm, Sarah would ride Champion to another place and forget her problems and pain. Her father the King had called the doctor to fix her arm and had written a secret message on her cast. Sarah cherished this message because she loved her father very much too and every time her arm hurt, she read the message and felt better.

It only said ‘I love you so very much my beautiful daughter’ but to Sarah this was very special. Sarah lived in the castle until she was older and no longer need it. She was sad to leave there, but found many other things she enjoyed too.

Sarah and her father explored many places together and she never forgot the message he had written.

Your Thoughts About This Bedtime Story for Daughters

We hope this story was a sweet one, and your little daughter is now asleep. 🙂